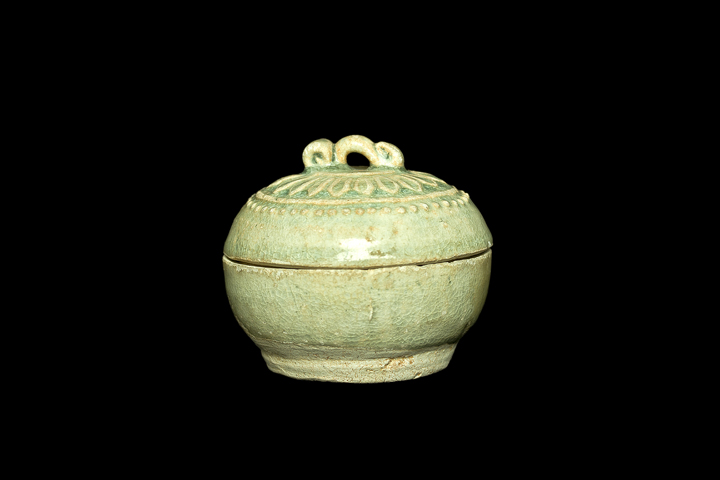 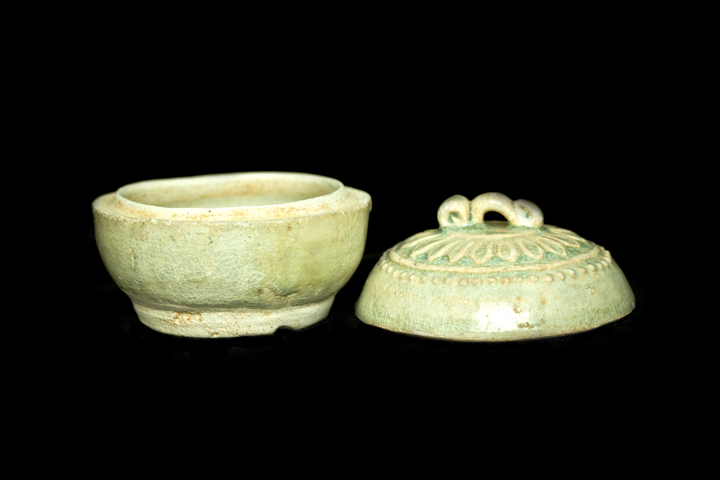 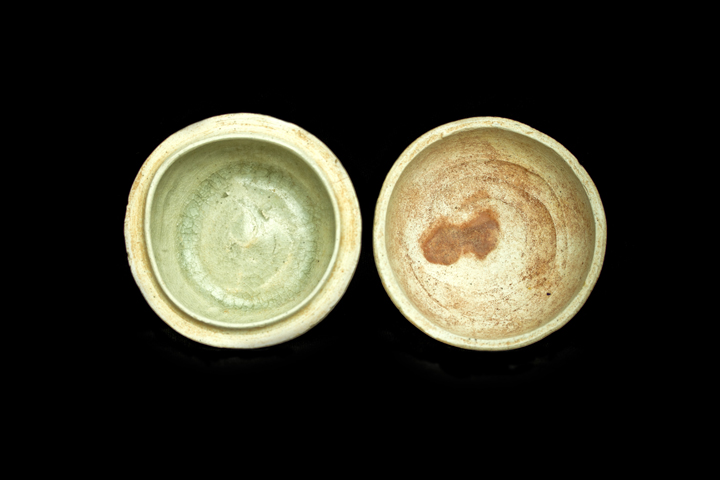 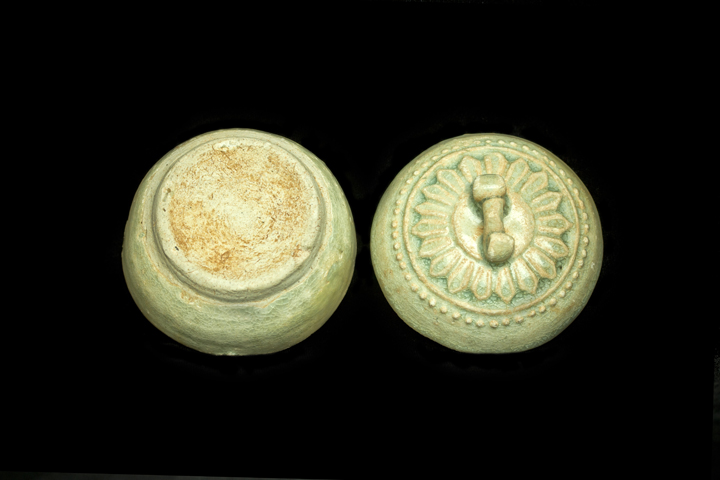 *
鉴评：此盖（盒）是宋代非常流行的器物，在宋代南北各大窑系都生产。用途很广泛，可以装脂粉、 香料、 药丸和药膏。宋朝社会广泛兴起斗茶之风，斗茶用白茶，将蒸好的茶饼，取下一点碾成细粉，用此类盒装茶粉，放在衣包里，与朋友相会斗茶就拿出来，放入杯中，用冒蟹眼之水冲泡，无痕者为胜，有痕或多痕者为输。所以生产颇多。它的胎泥、制作工艺表现出德化窑宋代青白瓷的特点，有收藏价值。
*
Name:                    Celadon-White Case Covered with Printed Flower
Era:                         Song Dynasty (960-1279)
Kilns: (origin):       Dehua Kiln
Conclusion:           Authentic
Specifications:      Diameter 6.5 cm   Height: 7.0 cm
*
Appraisal: This type of celadon-white covered case was very popular in the Song Dynasty. They were made from north to south in the major kilns. They were widely used, could be fitted for makeup powder, spices, pills and ointments. In common society during the Song Dynasty, there was a wide interest in playing Tea- Fight (as a game) with white tea. A person would remove a small portion of white tea from a steamed tea cake, ground the portion into fine powder, put the fine powder into this covered case, and then hide the case inside his clothes. When friends met to play Tea-Fight, the person would put the white tea powder into a cup, and then the “crab’s eyes” water (which is water that is stuttering and begin to bubble) to make tea. If a player’s tea showed no trace of powder, he became the winner; otherwise, the player became the loser when his tea showed a trace or more in the cup. Therefore, this type of covered cases were in mass production.

This object’s clay texture and the craftsmanship are in consistent with the characteristics of the celadon-white porcelains made in the Dehua Kiln of Song Dynasty. Highly collectible. 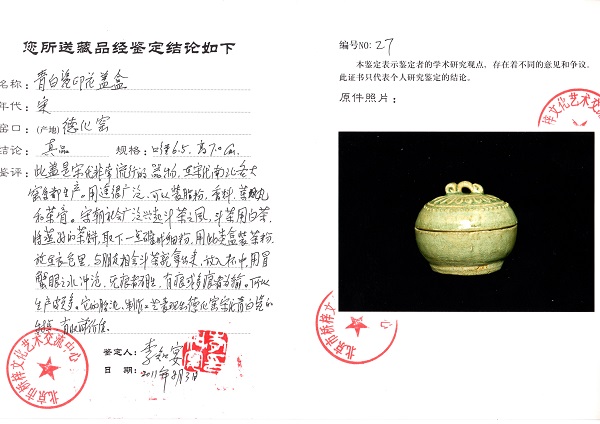